I often get sent snippets and morsels which, while they might not make a whole meal of a post by themselves, are worthy of a little grazing. Here’s my pick from the inbox.

From Russia with tea
A tea room which serves more than 50 varieties has opened up in Lancashire. The Russian Tea Room opened in the rather unlikely location of Bacup and is the fulfilment of a dream which started 3,000 miles and 30 years ago apparently.

Olga Penney, who grew up in the Siberian town of Kurgan, says she was captivated by the age old traditions that went into preparing proper Russian tea and opening her own tea room has given her the opportunity to safeguard those traditions:

“My grandmother taught me the intricacies of selecting the correct tea and using a samovar and I loved the mystery and artistry that went into preparing not just the tea, but also selecting the accompanying food and entertainment, all of which are essential to create true Russian hospitality. But most of all I loved the ritual that went into ensuring friends and family, and even visiting strangers were warmly accepted and made welcome.”

Spring soon to be on the menu
I hear Leeds’ swanky City Inn is soon to launch a new spring menu designed by executive chef, Scott Macdonald who started his career working with Marco Pierre White and Gordon Ramsay. Menus have yet to be released, but are likely to be memorable. 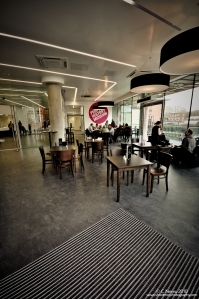 If you like a pie, try a fidget or a Woolton
The refurbished People’s History Museum in Manchester has also revamped its Left Bank cafe bar. In keeping with its remit to document the history of the
the labour movement, the cafe is offering some traditional and often forgotten northern recipes such as Pan Haggerty, Bacon Fidget Pie, Manchester Tart and
Woolton Pie. The Woolton was devised by
the Ministry of Food during the war to encourage wholesome meals that made
the most of rationing.

You’re such friendly neighbours Manchester….or maybe not!
Finallly, yet another of those interminable surveys……this one claims to asses the neighbourliness of different cities in readiness for a communal lunch event being held in the summer.

First the good news, Manchester is in the top ten of the cities in the UK with the highest percentage of residents claiming to be best friends with their neighbours. It’s actually at number 9. Hurrah!

In the very next ‘finding’, the city is in the top ten of cities gaining the highest percentage of residents who claim not to know any of their neighbours – at number 7.

So there you have it, yet another meaningful survey from the spin gurus. Should you wish to see where your city ranks, or doesn’t, or find some other such spurious quotable piece of research – see the full version on Big Lunch blog here.

If you want to send anything about the food scene (outside London), my inbox is at sarah@foodiesarah.com.